Remote ID is the ability of a UAS in flight to provide identification information that can be received by other parties. Remote ID will help facilitate more advanced operations for drones and help lay the groundwork for future UTM.

Remote ID will assist the Federal Aviation Administration (FAA), law enforcement, and Federal security agencies when a UAS appears to be flying in an unsafe manner or where the drone is not allowed to fly.

Overall, the event was deemed successful for being the first operational assessment of both broadcast and network capability. 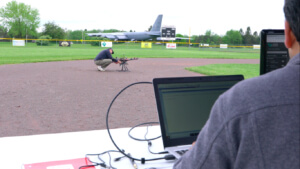 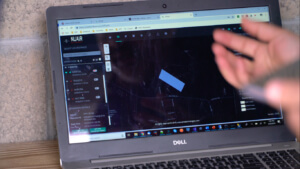 The broadcasting drones transmitted RID advertisements continuously and a Display App on a smartphone used the smartphone’s technology to listen for the drone advertisements, extracted the RID data, and then displayed the live drone location on a map along with its historical path.

Additionally, network publishing was evaluated using ANRA’s Software Platform to visualize data within an internet-based service area. In this case, the Display App made a request to ANRA network RID display provider which had aggregated RID data for all flights in the area managed by network RID service providers and provided the aggregated data back to the Display App.

Broadcast remote ID was received and viewed on ANRA displays by Oneida County Sheriff personnel who participated in the assessment using a mobile app and password protection.

“This test of ANRA’s remote identification technology is further evidence of how innovation and collaboration continue to blossom at Oneida County’s UAS Test Site at Griffiss International Airport,” said Oneida County Executive Anthony J. Picente Jr. “This new tool will prove vital in the traffic management and public safety of unmanned aircraft systems and continue to push the industry forward.”

To further the industry, ANRA and its partner Doodle Labs also announced their decision to open source the broadcast based Remote ID firmware implementation which can be used for any Linux compatible Wi-Fi hardware module.

Another aspect of the assessment included testing a public facing mobile app that provides information about participating drones, such as if the drone was being flown by an approved FAA operator.

“We are thrilled to test our technology to advance commercial drone operations.  ANRA is committed to safe and efficient drone operations and we know that starts with gaining public trust.” said Amit Ganjoo, CEO ANRA Technologies. “The app is just one feature of many features of ANRA’s remote ID technology that was assessed.”

The Oneida County Sheriff’s Office whole heartedly supports the mission statement of NUAIR and ANRA Technologies pertaining to the broadcast of Remote ID.

“Any opportunity to effectively engage in the community that places emphasis on the ability to educate and creates a safe environment, all participants benefit,” stated Chief Deputy Jonathan Owens. 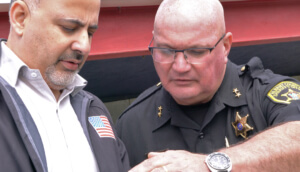 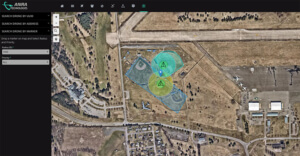 Remote ID is the next step to enable safe, routine drone operations across the nation. The New York UAS Test Site provides world-class facilities to test and evaluate technologies such as ANRA’s.

“Companies like ANRA are partnering with NUAIR and the NY UAS Test Site to conduct safe and rigorous testing of the latest UTM technology for compliance with current and emerging standards. We are excited to provide resources and test expertise to businesses pushing the envelope of what’s possible with unmanned systems,” stated NUAIR Chief Technology Officer Andy Thurling.

ANRA Technologies is one of Five UAS Service Suppliers that have been integrated into the New York UAS Test Site.

More about ANRA Technologies:  ANRA Technologies, headquartered in Washington DC, is a provider of end-to-end solutions for UAS operators and airspace managers. ANRA has developed two software platforms for commercial UAS operations.  One platform is for UAS traffic management (DroneUSS™) and the other is for orchestrating workflow (DroneOSS™). The platforms include features such as flight planning and monitoring, UAS command and control, negotiated aircraft separation, airspace management, UAS tracking, compliance parameters, aircraft reporting, stakeholder and user portals, and open interfaces to enable emerging capabilities like Remote ID. The platform is designed to integrate both cooperative and non-cooperative UAS into the UTM system and to negotiate strategic de-confliction, leveraging a variety of airborne and ground based sensor data sources.  Both platforms have been rigorously tested and vetted by the world’s foremost government aviation entities and are operational today at multiple test sites, commercial enterprises and UAS Corridors.

More about Doodle Labs: An engineering-driven organization, Doodle Labs’ core competency is developing state-of-the-art wireless broadband solutions to enable innovative Industrial IoT applications. For almost 20 years OEM manufacturers have been relying on Doodle Labs for expertise in designing their wireless systems. Doodle products have been adopted by many Fortune 500 companies in a variety of industries.

More about NUAIR: NUAIR (Northeast UAS Airspace Integration Research) is a New York based nonprofit coalition of private and public entities and academic institutions that provide unsurpassed expertise in aeronautical research, unmanned aircraft system (UAS) operations, and safety management. Headquartered in Syracuse, NY, NUAIR manages operations of the New York UAS Test Site at Griffiss International Airport in Rome, NY, one of just seven FAA-designated UAS Test Sites in the United States, which is responsible to the Federal Aviation Administration and National Aeronautics and Space Administration to conduct operations for UAS testing. NUAIR is a recognized leader in technology and applications development in building the case for safe UAS operations in the Nation’s airspace.