The NUAIR Alliance has hired Andy Thurling as its new chief technology officer (CTO). Thurling most recently served as the director of product safety and mission assurance at AeroVironment, in Simi Valley, California. At AeroVironment, Thurling led airworthiness, certification and airspace access strategic efforts. He begins his new role with NUAIR on March 1 and will lead technical research on current and future unmanned aircraft system (UAS) technologies. 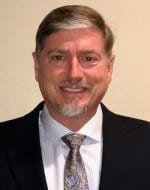 Thurling will play a critical role in the engineering and operations efforts needed to launch NUAIR’s national unmanned systems testing and rating (NUSTAR) initiative. He will support the organization’s strategic efforts to establish protocols for the formal evaluation of UAS technologies and evaluate potential paths to commercialization. He will work with partners from industry and academia to establish technical standards for acceptance by regulators and develop testing criteria to verify compliance. His high-level of expertise and broad range experience in the industry will support NUAIR’s leadership role in the safe integration of UAS into the National Airspace System (NAS).

“We’re very excited to welcome Andy to the NUAIR team as he has an incredible combination of knowledge and expertise, which will advance our mission and support our strategic growth,” said Marke “Hoot” Gibson, president and CEO, NUAIR Alliance. “His outstanding career in the U.S. Air Force coupled with his experience at AeroVironment gives him industry credibility key to our ability to break new ground in this ever evolving industry.”

Thurling is active in standards bodies such as ASTM, the Radio Technical Commission for Aeronautics (RTCA), and internationally with European Organization for Civil Aviation Equipment (EUROCAE). He is also a subject matter expert to the Joint Authorities for Rulemaking on Unmanned Systems (JARUS) working group developing the Specific Operational Risk Assessment process. He is a distinguished graduate of the United States Air Force Test Pilot School (USAF TPS) and has held several positions as a test pilot and instructor at USAF TPS.

“I look forward to joining the NUAIR team and believe we have the right combination of people and resources to establish Central New York as UAS Central, putting it on the map as a leader in the UAS industry,” said Thurling. “Advances in automation and data science will rapidly accelerate development and NUAIR is poised to safely deliver benefits to society that unmanned systems are envisioned to provide. I believe the next several years will be an exciting time for UAS and Central New York and I look forward to playing an important role in driving progress.”

The NUAIR Alliance is an organizational partner of CenterState CEO and manages one of seven unmanned aircraft systems test sites in the country. The organizations are strategically aligned in their efforts to build public and private partnerships to advance leading edge UAS and unmanned traffic management technologies and create a hub for the industry to attract investments and business development.

In November of 2016, Governor Andrew M. Cuomo announced a $30 million investment to develop the 50-mile flight traffic management system between Syracuse and Griffiss International Airport in Rome to advance the burgeoning Unmanned Aircraft Systems industry in Central New York as part of the CNY Rising initiative. Within the 50-mile corridor, strategic investments will accelerate industry growth by supporting emerging uses of Unmanned Aircraft Systems in key industries, including agriculture and forest management, transportation and logistics, media and film development, utilities and infrastructure, and public safety.

“We are extremely fortunate to welcome someone with Andy’s background and passion to the role of CTO of the NUAIR Alliance,” said Rob Simpson, president of CenterState CEO. “We developed this role to drive the collaborative advancement of NUAIR’s mission and to expand the region’s leadership position in the industry through the ability to shape standards and policies for research, development and airworthiness testing.”

Thurling graduated from Massachusetts Institute of Technology (MIT) and was commissioned in the Air Force in 1987. During the next decade, he served in various positions as an F-15 fighter pilot, before being selected for USAF TPS. His career in the Air Force culminated as commander of the Flight Test Squadron responsible for testing the nation’s newest unmanned aircraft. Thurling has over 2,300 hours of flight time in more than 35 aircraft types and was awarded the 2011 AUVSI “Operations Award” for leading the flight testing of the liquid hydrogen-powered Global Observer.

Thurling and his partner, Lesley, will relocate to Central New York from California.